Dogs to control the illegal trade in animal products

The project's primary goal was to help to detect smuggling of animal products across the border of the Republic of Kazakhstan. Other goals include raising law enforcement agencies' awareness of the Convention on International Trade in Endangered Species (CITES). 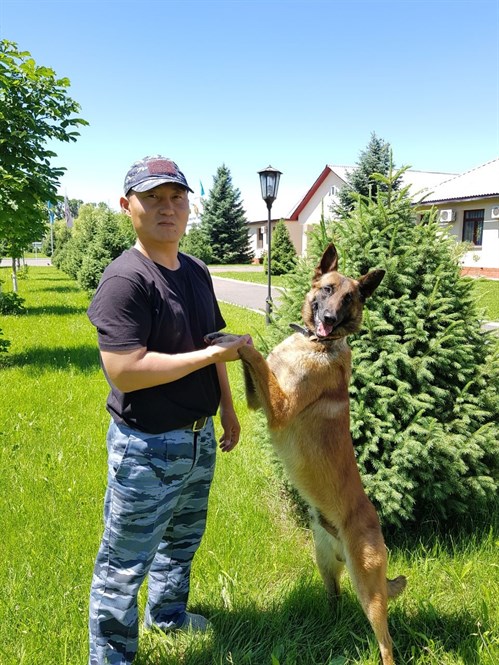 Eight dogs of three breeds - Belgian Shepherd, Labrador Retriever and Springer Spaniel - were trained at the Dog Training Centre to smell narcotic drugs, saiga horns (ling yang, 羚羊), steppe tortoises and saker falcons. These species were chosen based on data from law enforcement agencies and the mass media on the levels of illegal trafficking of these species and their derivates in Kazakhstan and over the border.

Experts from Makor K9, USA, will join the Kazakh team to test the trained dogs' conformity with international requirements and quality standards. Later the dogs will be assigned to various customs and border checkpoints within Kazakhstan and at the country's borders with Uzbekistan and Kyrgyzstan.

On 5 July 2017 an official ceremony was held to mark the end of the training course. An interagency conference on controlling the illegal trafficking of wildlife and its derivatives to and from the Republic of Kazakhstan were held. The conference was attended by representatives of the State Revenue Committee, Forestry and Wildlife Committee, Border Service, regional nature conservation prosecution agencies, Nature Protection Police, Okhotzooprom and a range of scientific organisations.

The project was implemented as part of the Altyn Dala Conservation Initiative, with the financial support of international partners, including the US Fish and Wildlife service and Fauna and Flora International.