Peste des petits ruminants (PPR) is a devastating plague, with only a few surviving unaffected saigas, and with argali, ibex and goitered gazelle dying, and around two million Mongolian gazelles potentially susceptible to the disease, this matter is a national and international emergency in Mongolia.
Richard Kock, rkock@rvc.ac.uk
Royal Vet College London

Peste des petits ruminants (PPR) is a devastating plague. The cause is a small virus which is highly infectious through being breathed in, causing damage to the respiratory and gastrointestinal systems of susceptible hoofed mammals. It is a disease predominantly of domestic sheep and goats but spills over into wildlife and has been reported to cause deaths in the mountain ungulates of Asia, like ibex and blue sheep. It has been spreading across Africa and Asia for several decades. There has been relatively little effective engagement from governments and the international donor community to stop it.

Despite warnings of the risk of PPR to saiga antelope since 2014 (Kock et al 2014), its discovery in Mongolian livestock in September 2016 did not ring alarm bells about risks to saigas. When it was discovered in livestock, technical advisers from the UN's Food and Agriculture Organisation correctly recommended an emergency vaccination programme, which included 10.4 million sheep and goats. This was completed, but no preventive action was taken to protect wildlife. The vaccination campaign suppressed the disease but failed to stop the spread of the virus. It spilled into the small surviving population of Mongolian saiga (Saiga tatarica mongolica) in the Khuisen Gobi desert by 22nd December, 2016. Saigas were vulnerable because they were already squeezed into a restricted habitat competing with camels, horses, sheep and goats for limited pasture, the temperatures were below -30 degrees Celsius and snow was falling. They succumbed rapidly to the virus. 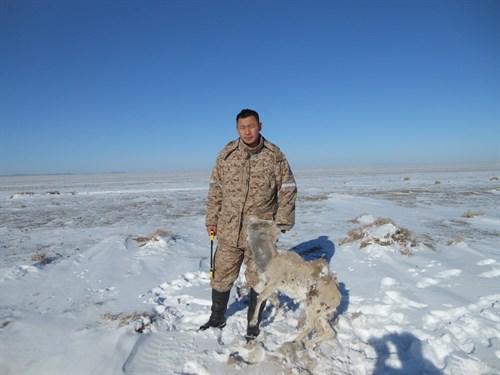 The FAO took immediate action and commissioned a crisis management mission together with the World Organisation for Animal Health (OIE). The team was deployed in the field by 18th January, in an area two days drive from Ulan Bataar. They reported a full-blown epidemic. By the end of January, clinical cases and deaths were reported across most of the saiga range, with half of the saiga population dead by April (about 5000 animals). The team confirmed that the majority of deaths were due to PPR, including for the first time PPR in wild Siberian ibex (Capra sibirica) and goitered gazelle (Gazella subguttorosa). The high mortality in saigas is concerning, showing that they are either very susceptible (unlike most African antelopes studied in free-ranging conditions) or perhaps they were nutritionally challenged and had lowered resistance to infection given their precarious habitat and extreme resource competition. This makes a double tragedy for the species, with over 200,000 lost in Kazakhstan as a result of haemorrhagic septicaemia in 2015. 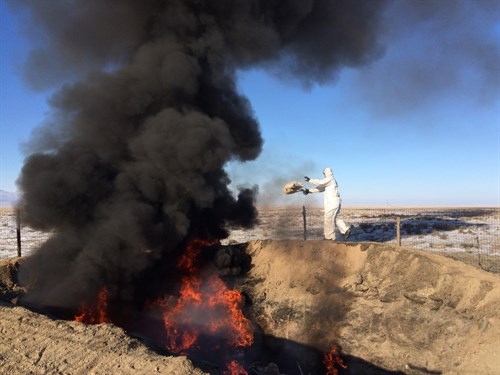 Spill-over of PPR from livestock to wildlife confirms the urgent need for more joined-up management of diseases between livestock and wildlife. There is very little time being given to the serious threat that epidemic livestock disease poses to wild ungulates, already under huge pressure from grazing competition and poaching. This epidemic has driven this Mongolian subspecies close to the brink of extinction, and unlike the haemorrhagic septicaemia which killed saigas in Kazakhstan, PPR is highly preventable through control of livestock disease (particularly mass vaccination).

With only a few surviving unaffected saigas, with argali, ibex and goitered gazelle dying, and around two million Mongolian gazelles potentially susceptible to the disease, this matter is a national and international emergency. The Mongolian people are no strangers to hardship and they have a strong ethic for conservation. With collaboration and the right strategy, this issue could be resolved, but it will need strong political will, support from the international conservation community and donor funds. 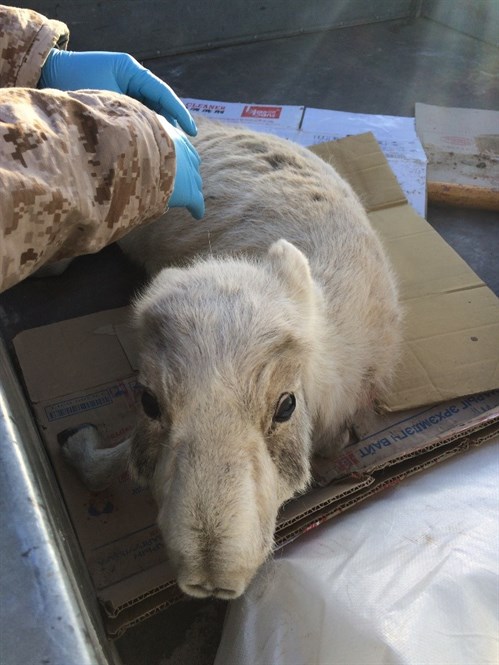